Contact Us
In May of this year an HVAC customer of ours contacted us to look at a chiller that belonged to a brick & mortar customer of theirs. This chiller had developed a corrosion-caused hole in the bottom of the chill water barrel. These barrels are often painted at the factory with alkyd enamel primers without the molecular strength to act as an Under Insulation Corrosion Resistant Coating. The chilled water in these vessels are cooled down to temperatures in the low 40’s. Then, they are sent to a machine called an air handler. The air handler is where the chill water controls temperatures in large buildings of all types. The Evaporator – Cooler part of these chillers are insulated to protect the cold water being made from the warmer temperatures surrounding the machine. When the warm moist air finds its way to direct contact with the steel chiller barrel, condensation occurs. This is the perfect environment for the spreading of corrosion. The following is one of many chiller repairs PES has done.

Welding steel patches was out of the question. Most HVAC contractors find that welding a patch doesn’t work out well because corrosion has eaten away most of the original steel substrate.

An unconventional repair was necessary. 1/8″ steel was sheared to half the size of the barrel diameter and then rolled to fit the curvature of the barrel. This 15′ long piece was then cut into manageable pieces, dry fitted and trimmed where necessary. A dust proof shelter was built and all parts of the chiller and repair plating were abrasive blasted to a NACE Standard #2 -SSPC-Sp 10 near white metal leaving a 3-4 mil angular anchor profile. All areas were wiped down with M.E.K., a clean, dry solvent.

PES 180 Structural Adhesive is a metal filled polymeric with an extended working life. We applied this to both the bottom of the barrel and steel repair plates. A vacuum was applied to the chiller barrel to help pull PES 180 into any pin holes and sealing them. Using wooden shims and industrial nylon ratcheting straps, we pulled repair plates tight and sealed all leaks. Once this hardened, we removed straps, performed some hand sanding and applied a second coat of PES 180 along with fiberglass reinforcing mesh fabric to reinforce any seams.

Photo Gallery of the Chiller Repair 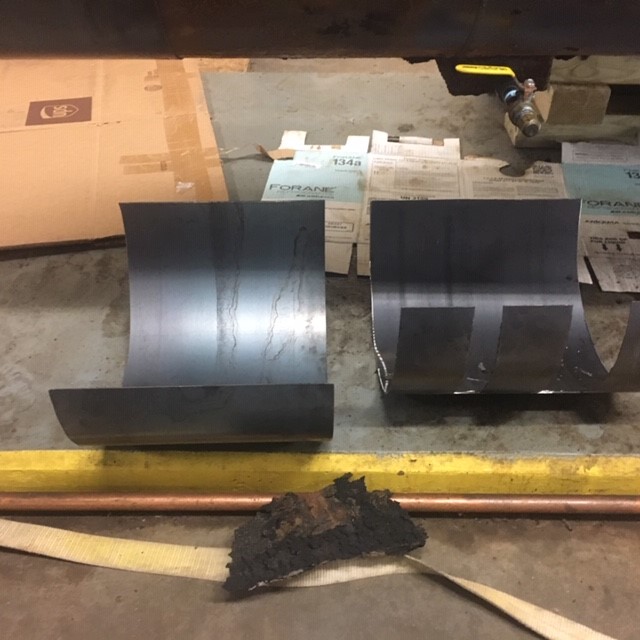 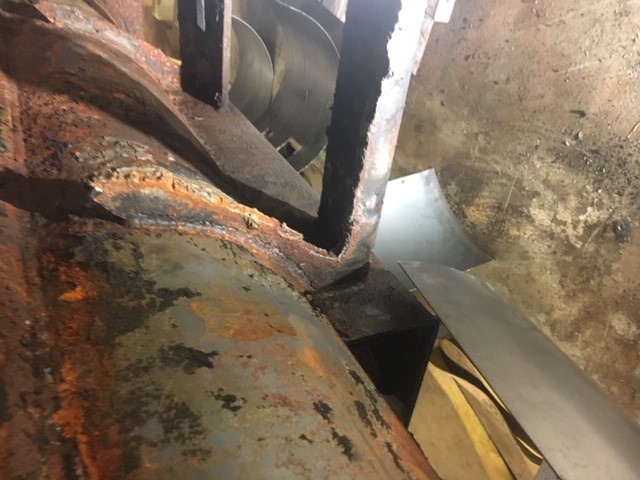 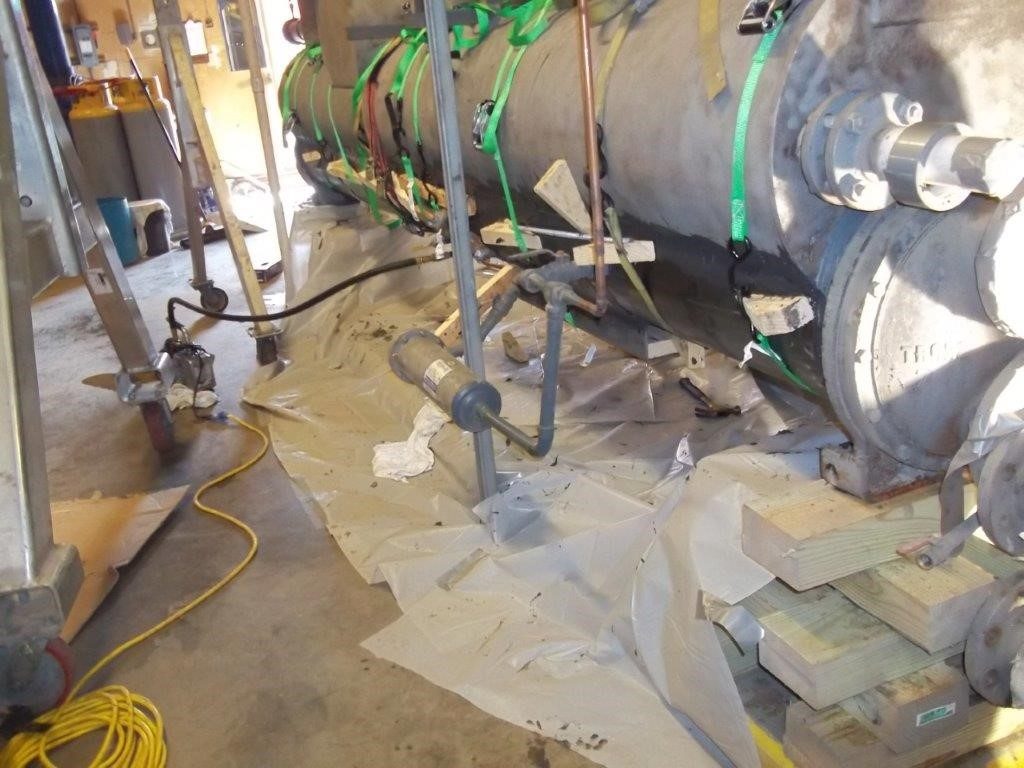 While under a vacuum, PES 180 Structural Adhesive was applied to the barrel and metal patches, then tightly winched into place and allowed to harden. 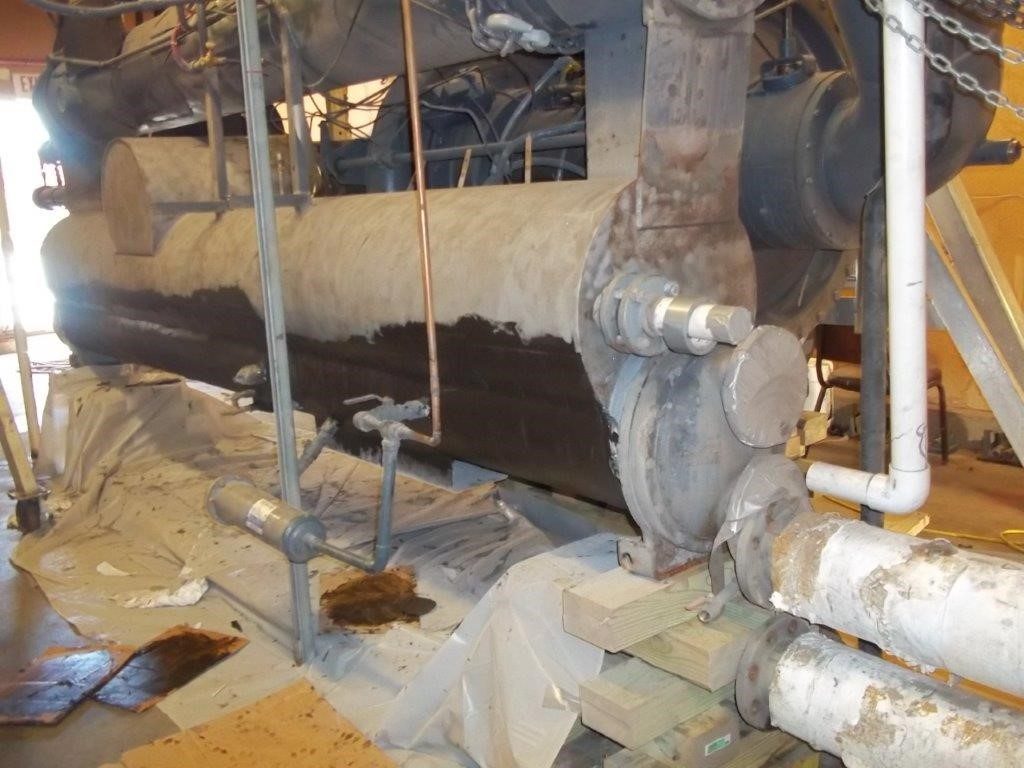 After initial repair had hardened, all surfaces were lightly hand sanded and a second coat of PES 180 was applied, encompassing reinforcing fabric at all seams. 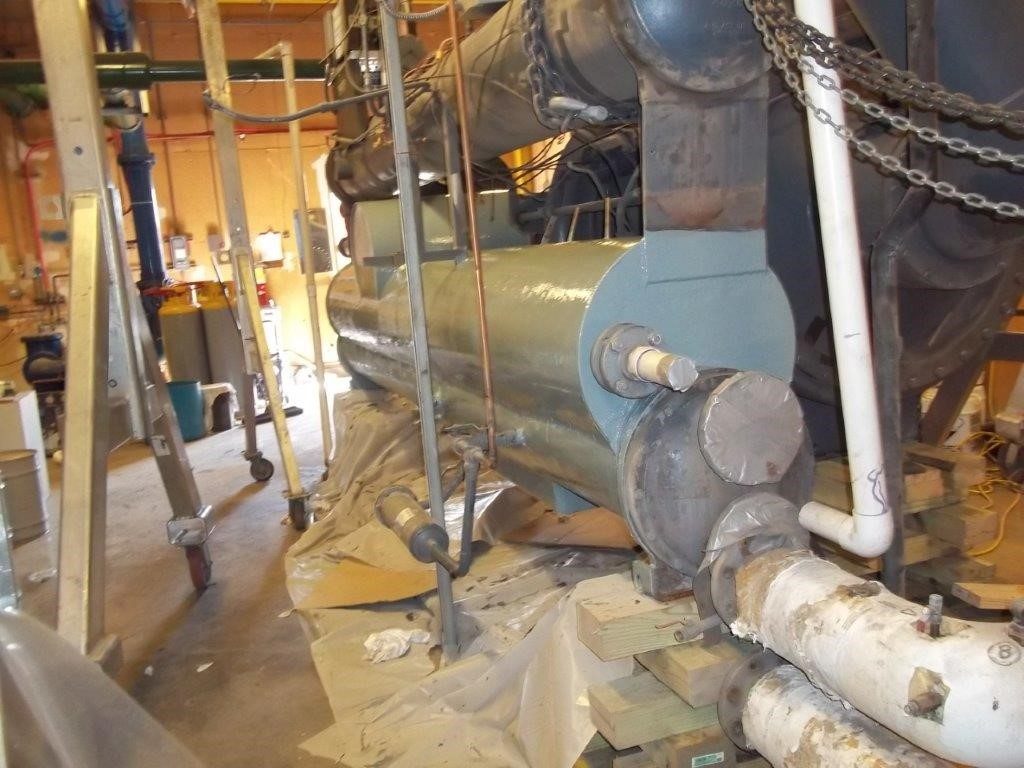 Finally 2 coats of PES 501 CRSG, a chemical resistant epoxy coating, was applied at 12-15 mils per coat to prevent Under Insulation Corrosion from happening again for many years. 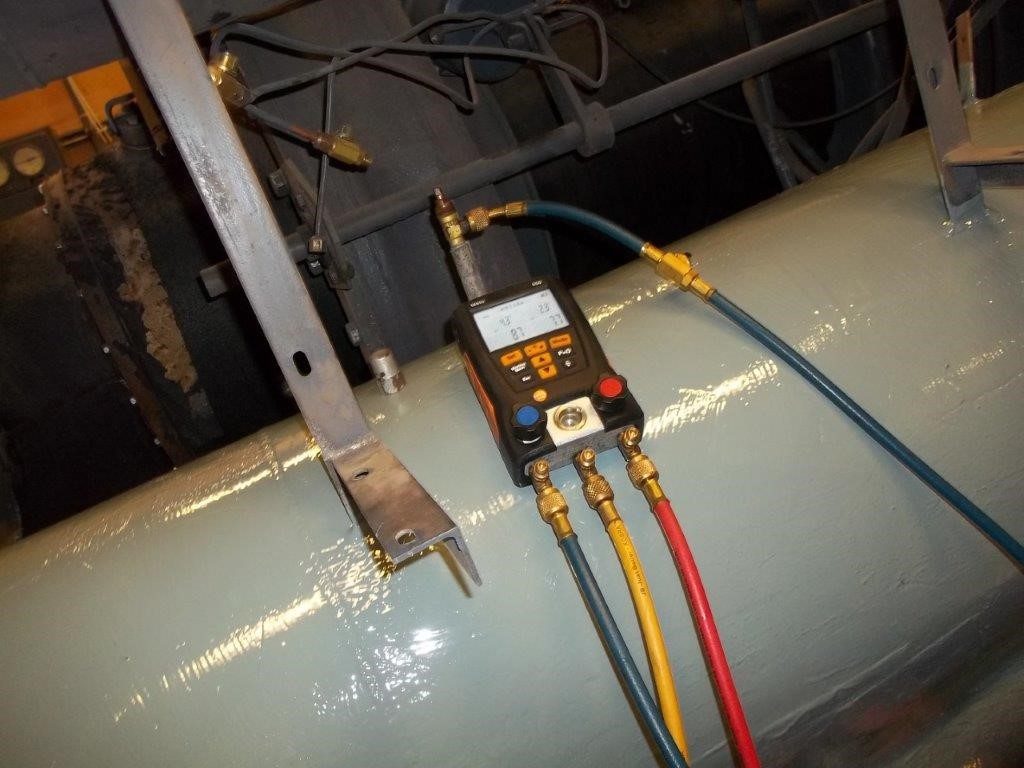 Chiller barrel was put under pressure to test for any leaks.

Replacement of this chiller would have cost approximately $250,000-$300,000 to remove and replace this essential piece of HVAC cooling equipment. Our PES repair procedure resulted in saving the end user hundreds of thousands of crucial expense dollars.

Contact us with the link below for more information or to schedule your chiller repairs with us today!