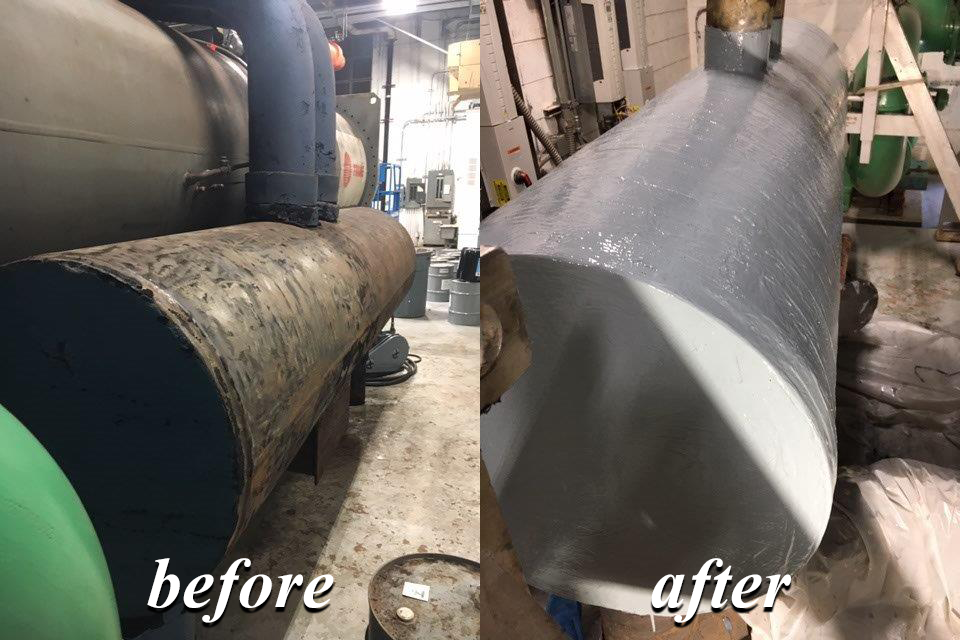 Contact Us
PES 301 Epoxy Resin and Hardener is a two component thixotropic solvent free epoxy material for application on manually prepared surfaces. The following is just one job we did using PES 301 application and the steps we followed.

This chiller is a large 1120 Ton Trane model. Freon gases were leaking from a previously welded patch on the bottom of the Economizer,  which was originally caused by CUI, Corrosion Under Insulation. 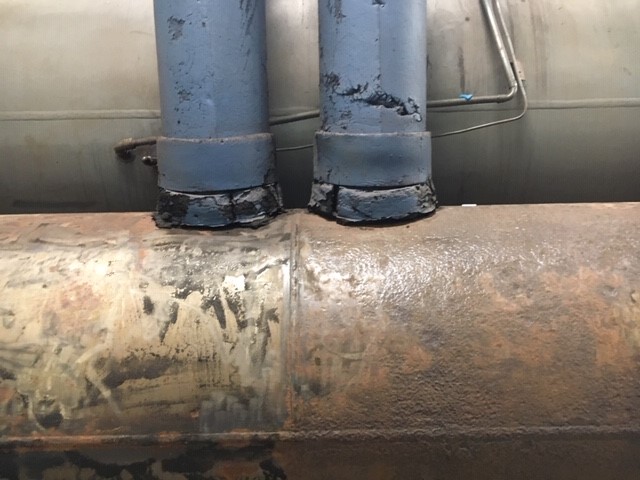 This vessel, called an Economizer,  is a key component of a large chiller to cool class rooms in a University. Insulation was removed and revealed metal loss and a crack in a previously welded patch. A dust proof tent was erected. Then, the economizer was abrasive blasted to a NACE standard #2 near white metal with a 3-4 mil angular anchor pattern. 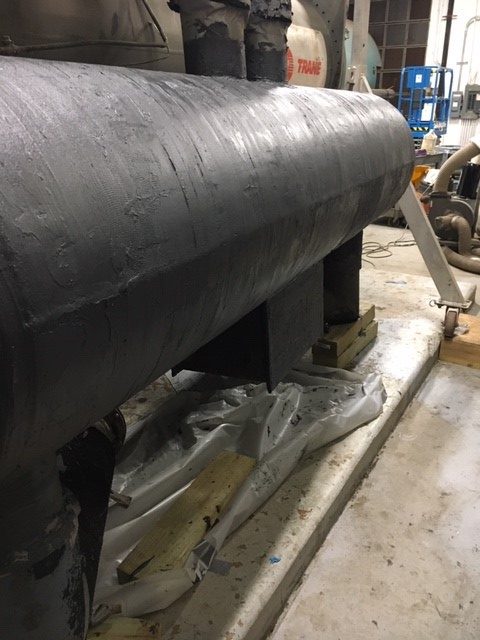 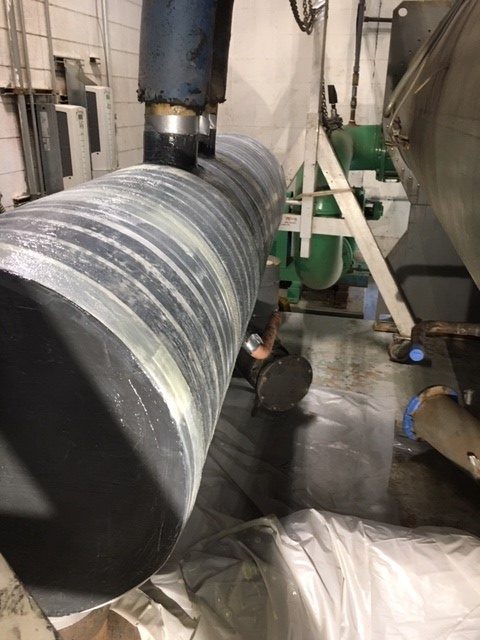 After first layer of PES 180 and reinforcing fabric had set up, the entire surface was lightly sanded and two more layers of fiber glass mesh were applied using PES 301 epoxy resin and hardener.

We started at one end making 2 complete wraps, then moving to the other end with a 50% over lap on each wrap, then repeating this step one last time for a total of 3 wraps.

One other great quality of PES 301 as a solvent free repair material is the fact that it is used instead of fiberglass resins such as polyester resins & vinyl ester resins. These have solvents in them and when the Quality of the Air in a facility, or on a ship, etc. is of most importance, PES 301, 100% solids resins is the best way to go. 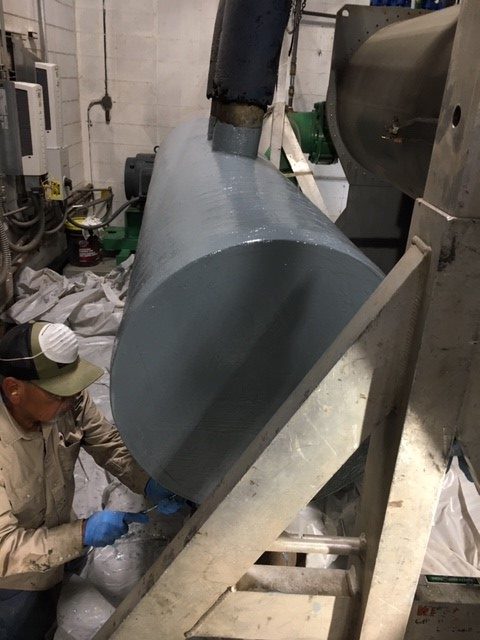 Finally, 2 coats of PES 501 CRSG @ 10-15 mils per coat were applied to prevent corrosion under the insulation from happening in the future.

For further information, contact PES using the link below!


Contact Us
This entry was posted in PES 300 Series, PES Series and tagged Epoxy Resin, Epoxy Resin and Hardener, PES 301. Bookmark the permalink.